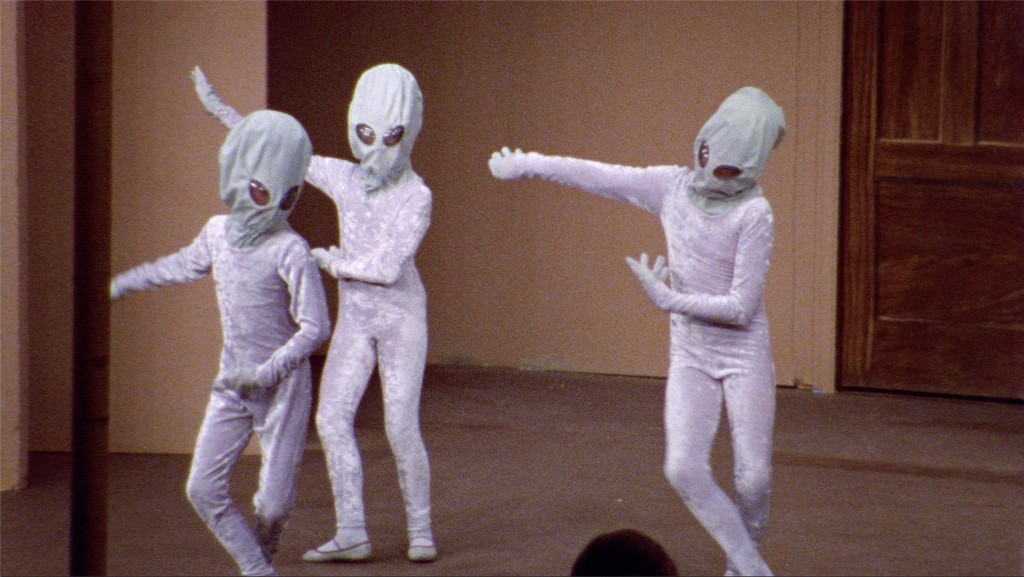 In a digital era when pictures, video, and other multimedia keep the public interested, it’s hard to know whether aliens are fact or fiction. Are aliens real? Is there scientific proof aliens exist? Are UFO sightings and alien abductions happening? I have collected the answers from UFO and alien experts, many whom have also been featured in my alien-quest documentary SIX DAYS IN ROSWELL.

In part 1 of this series here I presented scientific evidence that aliens do exist. In this post, part 2, I will explain why it seems that alien appearances haven’t yet occurred on Earth. In part 3 here I will explain what will happen when the aliens do get to planet Earth. 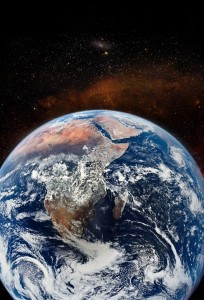 The first scientific proof for why aliens haven’t yet appeared on Earth comes courtesy of Einstein’s Theory of Special Relativity. Everything is REALLY far away—and getting further every second as the Universe continues to expand. There is nothing yet but speculation and unsupported theories to contradict Einstein’s conclusion that a body with mass cannot travel at or faster than the speed of light. So much for the fantasy of “Star Trek” warp speed.

Due to Einstein’s universal speed limit, it would take a LONG time to visit every planet (or any planet), especially when most are millions of light-years away. To get a sense of the distance, even at the speed of light, it would take 200,000 years to cross the Milky Way Galaxy.

But for argument’s sake, let’s say you discovered a potentially habitable planet at the relatively near distance of 1000 light-years. And with the right technology you set out to reach it at 90% of the speed of light. First, you would have to survive 1000-plus years of cosmic rays, which would likely fry you and all your instruments over that period of time. Plus, space is full of debris. When a ship is traveling at near light speed, every floating space-pebble or speck-of-dust in its way would be like a bullet piercing the ship and its crew, potentially disabling or destroying them. 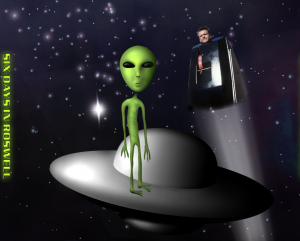 Such a ship would have to be almost entirely self-sustaining, providing energy, food, air, and water, and continual self-repair. Right now, our technology doesn’t come close to supporting this. A long-haul spaceship must have extraordinarily reliable systems that don’t malfunction for centuries. Knowing how often you have to take your BMW in for repair, how realistic is the idea of creating a perfect space vehicle?

So, the point is that stars are too far apart for easy travel. But let’s say your space-travel technology gets so advanced that it can accomplish all these things. What next?

When you depart for your target planet hundreds or thousands of light-years away, you will need a multi-generational ship. Another scientific reason why aliens haven’t arrived on earth is because the evolution of everything in the animal kingdom including the human species requires short life spans. Think about it—if an alien species could live thousands of years, evolution would proceed at a much slower rate than if a species lived a hundred years or less. Therefore, the overall effect on sentient life forms would probably be lifespans less than thousands of years, and likely closer to what we experience. So, unless aliens have solved the challenge of cellular decay, traveling 1000 light-years would require at least 11 generations.

A problem for multi-generational space travel is this: how many rational beings would agree to board a ship that they and their children and their descendants will die on? And their descendants may not have the same desire to continue the trip. They may go stir crazy. They might mutate courtesy of the abundance of cosmic rays irradiating their genes. They may forget they are on a ship and assume the ship is the whole universe. Especially if we are talking about ten generations. As a result, if you were determined to  travel to another planet, you would probably have to be super motivated—such as your planet was being destroyed. 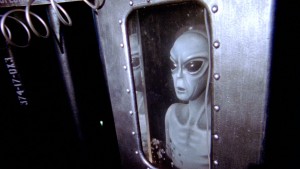 Let’s say an alien race is indeed motivated to seek out a new planet. Can they use suspended animation? We have yet to show that long-term suspended animation is possible for complex organs like human brains. We don’t know if a neuron could ever be fully reanimated after freezing, because freezing destroys delicate cells. Perhaps freezing embryos would solve this issue. But who will wake up and teach the embryos how to be sentient?

One effect that could work in your favor is time dilation as predicted by the theory of relativity. Lifeforms traveling at near light speed would age much more slowly than those not doing so. Even if you survive a trip within a time period of your own lifespan, by the time you arrive at your destination, everyone you knew at home (and perhaps even the entire civilization you left behind) may be dead. Or conversely, they may now be so far advanced, as to no longer be the same species as you. In either scenario, you are certainly on you own.

Let’s say you’ve solved the distance problem with some kind of an Einstein-defying warp technology, or near-light speed drive, and you could build perfect ships that never malfunctioned. The most likely solution for a successful transit is to replace organic life with artificial intelligence, which can be designed to repair itself as it waits patiently for hundreds or millions of years. The most likely scenario then is that any extraterrestrial craft visiting the Earth will be piloted by robots or AIs.

But even if the extra-terrestrials solve all the above problems, they still have another issue to contend with. 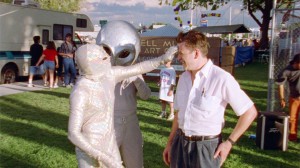 THE NEEDLE IN A HAYSTACK PROBLEM

Imagine there are indeed planets with sentient life now in existence out there. If these aliens have discovered radio or other energy-wave transmission technology, their signals are traveling at the speed of light, and most solar systems are thousands to millions of light-years away, so you would not be receiving their signals for thousands or millions of years. If technologically-advanced civilizations are out there, there is no way for us to know where they are yet, maybe not for millions of years.

But let’s say we are ready to begin space travel. We would have to search every solar system for a habitable planet. How long would that job take? Since there are estimates of 70 sextillion stars in the visible Universe, that’s far more than the total number of all the grains of sand on all the beaches and deserts on Earth. Who’s to say that alien life only evolves on Earth-like planets, but even if you were to narrow it down to just the Earth-sized planets, that still numbers in the billions.

Think about how long would it take us to examine every grain of sand on this planet, or similarly, to check all the billions of possible planets. Millions of years. And that search is of course complicated by the short life spans of sentient beings. Only AIs could possibly exist long enough to take on this task. 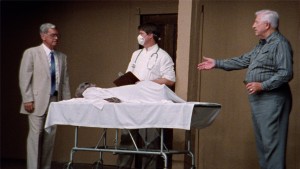 solved all these problems? What will these aliens do when they get to the Earth? In part 3 of this series here I will answer that question.

Or view my documentary SIX DAYS IN ROSWELL here to consider more of what the famous UFOlogists and alien experts say about these questions.